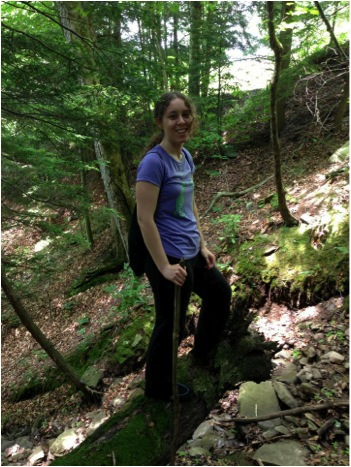 I came to Penn State from Long Island, New York, and I received my B.S. and M.S. in Biology at Adelphi University, located in Garden City, NY. My previous research was on insect biodiversity in salt marshes of the Long Island South Shore Estuary. I performed widespread sampling of insects within Middle Bay, identifying around 40,000 specimens (about half were of the family Delphacidae) for my undergraduate thesis and another 10,000 specimens as part of my master’s work.

As part of the Frost team at Penn State, I am currently working on parasitic wasps of the family Megaspilidae, which belong to the super-family Ceraphronoidea. My focus is on the systematics and morphology of the genus Conostigmus, with special interest in species from Madagascar.